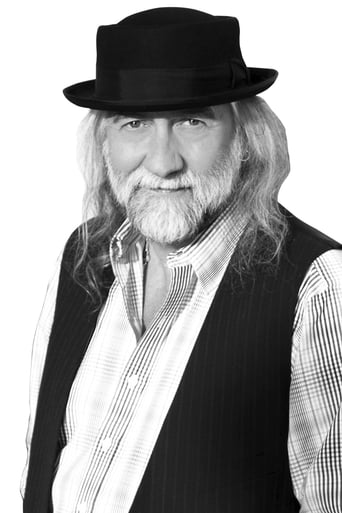 A British musician and actor best known for his role as the drummer and namesake of the blues/rock and roll band Fleetwood Mac. His surname, combined with that of John McVie, was the inspiration for the name of the originally Peter Green-led Fleetwood Mac. He was inducted into the Rock and Roll Hall of Fame in 1998 for his work in Fleetwood Mac. Aside from his work as a drummer, he also helped form the different incarnations of his band Fleetwood Mac, and is the sole member to stay with the band through its ever-changing lineup. In 1974, he met and invited Lindsey Buckingham and Stevie Nicks to join Fleetwood Mac. Buckingham and Nicks contributed to much of Fleetwood Mac's later commercial success, while Fleetwood's determination to keep the band together was essential to the group's longevity. Description above from the Wikipedia article Mick Fleetwood, licensed under CC-BY-SA, full list of contributors on Wikipedia.