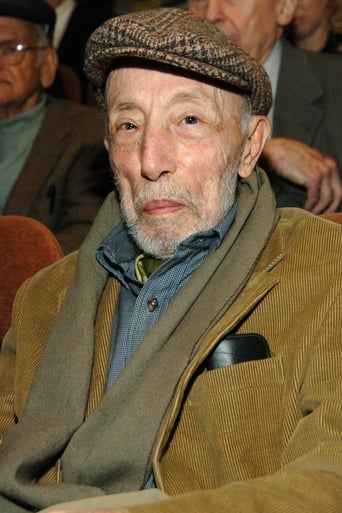 From Wikipedia, the free encyclopedia Leonardo Cimino born 1918, is an Italian film and television and stage actor who in 1937 appeared in the original stage production of Marc Blitzstein's The Cradle Will Rock . Leonardo's most well known roles are in the 1983 science fiction miniseries, V as Abraham Bernstein and the 1987 feature film The Monster Squad as the "scary German guy." Cimino has made guest appearances on TV shows, some of those appearances range from Naked City, Kojak, The Equalizer and Law & Order. Cimino is married to actress Sharon Powers. Description above from the Wikipedia article Leonardo Cimino, licensed under CC-BY-SA, full list of contributors on Wikipedia.