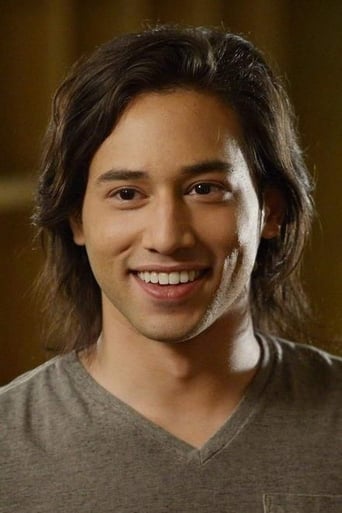 Born and raised in Montreal, Jesse Rath is best known for his role as Carter Boyd in the CBC series 18 to Life, for which he received a 2010 and 2011 Gemini Award nomination. Other small screen credits include lead roles in Mudpit and Disney Channel’s Aaron Stone as well as guest star appearances in Cra$h and Burn, My Babysitter’s a Vampire, and Being Human. Rath’s feature film credits include The Greatest Game Ever Played, Prom Wars, The Howling: Reborn and The Trotsky (opposite Jay Baruchel). Rath is a diehard comic book fan and when he isn’t working, he can be found scouring local stores around Los Angeles, Toronto and Montreal. He is also one of the creators and stars of the popular web series Fans. His sister is Canadian actress Meaghan Rath. He guest starred as her onscreen brother on the fellow Syfy show Being Human.