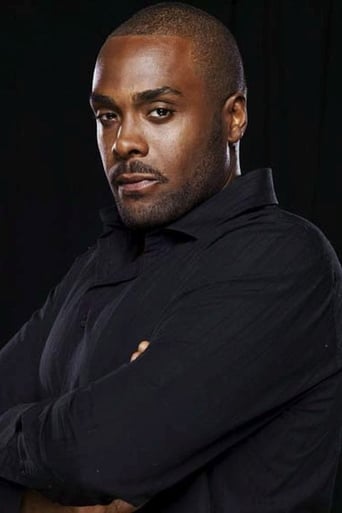 From Wikipedia, the free encyclopedia. William L. Johnson is an accomplished American actor and musician. William L. Johnson has held starring and prominent roles in many theatrically released projects. His performance as a lead in director Craig Ross' Blue Hill Avenue helped the movie garner top honors at the Acapulco and Black Hollywood Film Festival's. Some of his latest film projects include Motives 2, Mannsfield 12, Crossover, Doing Hard Time, Tears of a Clown, and Motives 1. Johnson's acting diversity has been displayed in several independent short films and features such as Move, Wanted: Soulful Energy Xchange with Gary Dourdan and Mari Morrow, director Tony Spires' Two Degrees starring Don "DC' Curry, and Nikita Blues from Foremost Entertainment. He also performed a scene-stealing role in Showtime's A Spider's Web with Stephen Baldwin and Carrie Weir. Equally important to Johnson is his passion to deliver conscious messages through his music via his stage persona "Brotha Bill". Brotha Bill's essence is a lyrical flow that sets him apart from other neo-soul artists. Those who have experienced his fusion of poetic verse and energetic R&B funk are sure to cherish the kinetic vibe in their own home. His CD contains uptempo songs as wells as succulent cuts that feed the desire for real, soulful music. His latest album entitled BrothaBill- Underground Funky Street Soul Brotha is currently available online through Napster, Itunes, CDBaby, as well as his website Brothabill.com . Upon relocating to Los Angeles in 1998 Johnson quickly gained a name for himself as a very talented and versatile actor starring in films that have won accolades at top film festivals. Claiming Gary, Indiana and Chicago, Illinois as hometowns, Johnson has steadily improved his craft in the Los Angeles entertainment scene for the past six years. His music career was spawned at an early age upon matriculation to Emerson Visual and Performing Arts High School. Soon after graduation he formed a group, Black to Black, which was nurtured by notable manager Jimmy Newton. In 1999, Johnson and prominent producer/engineer Booker T. Jones conceived BaldHeadDread, which garnered significant exposure when they scored the movie soundtrack for Ragdoll. Both projects were stepping stones to help him launch his solo venture. Description above from the Wikipedia article William L. Johnson, licensed under CC-BY-SA, full list of contributors on Wikipedia.