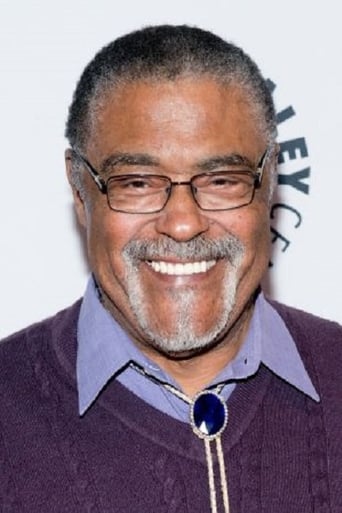 ​From Wikipedia, the free encyclopedia.   Roosevelt "Rosey" Grier (born July 14, 1932 in Cuthbert, Georgia) is an American actor, singer, Christian minister, and former professional American football player. He was a notable college football player for Pennsylvania State University who earned a retrospective place in the National Collegiate Athletic Association 100th anniversary list of 100 most influential student athletes. As a professional player, Grier was a member of the New York Giants, and the original Fearsome Foursome of the Los Angeles Rams and played in the Pro Bowl twice. After Grier's professional sports career he worked as a bodyguard for Robert Kennedy during the 1968 presidential campaign and was guarding the senator's wife, Ethel Kennedy, during the Robert F. Kennedy assassination. Although unable to prevent that killing, Grier took control of the gun and subdued the shooter, Sirhan Sirhan. Grier's other activities have been colorful and varied. He hosted his own Los Angeles television show and made approximately 70 guest appearances on various shows during the 1960s and 1970s. As a singer, Grier first released singles on the A label in 1960, and over the following twenty-five years he continued to record on various labels including Liberty, Ric, MGM and A&M. His recording of a tribute to Robert Kennedy, "People Make The World" (written by Bobby Womack) was his only chart single, peaking at #128 in 1968. Grier is known for his serious pursuit of hobbies not traditionally associated with men such as macrame and needlepoint. He has authored several books, including Rosey Grier's Needlepoint for Men in 1973. Grier became an ordained Christian minister in 1983 and travels as an inspirational speaker. He founded American Neighborhood Enterprises, a nonprofit organization that serves inner city youth. Description above from the Wikipedia article Rosey Grier, licensed under CC-BY-SA, full list of contributors on Wikipedia.