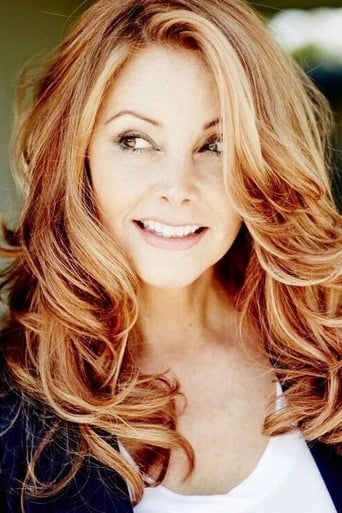 Gorgeously voluptuous, buxom and shapely knockout Cynthia Brimhall was born on March 10, 1964 in Ogden, Utah. She was raised in Utah and attended public schools in her home state. Cynthia eventually moved to Hollywood, California. Brimhall first gained widespread public attention as a Playmate of the Month in the October, 1985 issue of "Playboy." Not surprisingly, Cynthia has appeared in a handful of "Playboy" related videos, posed for a sizable number of "Playboy" special editions, and has been featured in additional nude pictorials in subsequent issues of the popular men's magazine. Brimhall portrayed foxy nightclub owner and singer Edy Stark in six enjoyable low-budget action exploitation pictures for director Andy Sidaris: "Hard Ticket to Hawaii," "Picasso Trigger," "Guns," "Do or Die," "Hard Hunted," and "Fit to Kill." (She also sings songs on the soundtracks for most of these movies.) Moreover, Cynthia popped up as a model on the game-show "The New Price Is Right" from 1992 to 1993. Cynthia Brimhall has since gone on to become a successful showgirl in Las Vegas, Nevada: She starred in the adult song and dance revue "Skintight" at Harrah's from August, 2000 to September, 2001.