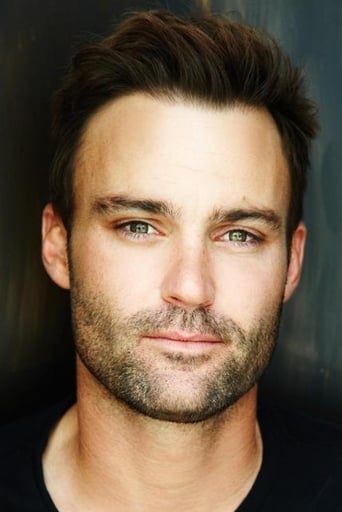 From Wikipedia, the free encyclopedia Matthew "Matt" Le Nevez (born 10 January 1979) is an Australian actor. He is best known for his roles as Doctor Patrick Reid in the TV series Offspring and as Detective Brian Dutch in the Tasmanian Gothic sci-fi television show The Kettering Incident. Le Nevez was born in Canberra, Australian Capital Territory (ACT) in 1979 and attended The French-Australian Preschool, Telopea Park School and St Edmund's College, Canberra before accepted into NIDA aged 17. He graduated in 1999. Le Nevez took a small role in an Australian-made sci-fi series, Farscape, followed by a part in teen drama Head Start. In 2002 he appeared in his first feature film Garage Days playing a drug-fuelled rock star. He then played Aaron Reynolds, accomplice to the notorious Brenden James Abbott the Post Card Bandit, in the TV miniseries of the same name. In 2003 came a break-through role, that of rough and ready Bullet Sheather in the ABC Television miniseries Marking Time, for which Le Nevez won an AFI Television Award in 2004 for Best Actor in a Supporting or Guest Role in a Television Drama or Comedy. In 2005 Le Nevez star in his first American film in one Marvel feature film Man-Thing as Sheriff Kyle Williams. The film Peaches saw him sharing a screen with Hugo Weaving and Jacqueline McKenzie, but it was the role in 2006 of notorious Mathew Wales (convicted of the murders of his mother Margaret Wales-King and stepfather Paul King) in the TV movie The Society Murders that won Le Nevez critical acclaim. He won the Most Outstanding Actor on Australian television Logie Award in 2006. Le Nevez stars in the Australian film The Tender Hook. Written and directed by Jonathan Ogilvie, it is the story of Iris (Rose Byrne) and a love triangle that includes her roguish English lover, McHeath and Art (Matt Le Nevez), an earnest young boxer. The film also stars his previous acting colleague, Hugo Weaving. Le Nevez appeared as the boyfriend of "Kate" (Sibylla Budd) in the Come Walkabout commercial for Tourism Australia, directed by Baz Luhrmann. In 2010, he appeared in Legend of the Seeker as Leo, the new Seeker. In 2011, he became a regular in the Network Ten comedy/drama Offspring as anaethetist Dr Patrick Reid, and continued in season 3 (2012), 4 (2013) and after his characters death in dream sequences during season 5 (2014). His character was killed off due to his choice to leave the show in 12th episode of season 4 on 7 August 2013, and made Australian headlines following an outpouring of grief from Offspring fans. In 2012 he played the part of former Australian cricketer Dennis Lillee in the miniseries Howzat! Kerry Packer's War about Kerry Packer's World Series Cricket. He played the part of Damien Parer in the 2014 television film Parer's War. In 2014 despite leaving Offspring to pursue acting in America it was reported that Le Nevez was joining the cast of Australian T.V. series Love Child. It was announced in July 2014 that he would be co-starring in upcoming drama series The Kettering Incident. In 2016 he starred in Brock, a Channel 10 miniseries, as Australian motor racing legend Peter Brock.