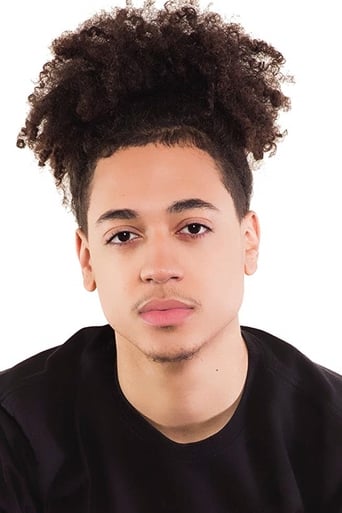 Francisco started off as a child actor featuring in shows such as Seasme Street & PBS Kids. He then made his first on screen appearance when he booked his first audition at the tender age of 5 years old on HBO's television show, "The Sopranos". Francisco then made it to the big screen when he starred in the thriller cop film directed by 'Gavin O'Connor' "Pride & Glory" in 2008 as the role of "Manny". The film also featured actors such as 'Edward Norton' & 'Collin Farraell'. In the same year of 2008 Francisco played "Babo" a young kid with asthma in his first leading role debut in the Drama/Romance film "Explicit Ills" directed by 'Mark Webber'. The film was based on interconnecting stories revolving around love, drugs and poverty in Philadelphia. He starred along side 'Rosario Dawson' who played the struggling mother of the character "Babo" & as well as actors Paul Dano & Lou Taylor Pucci. At 12 years old Francisco had also co-stared with comedian actors 'Johnny Knoxville', 'Patton Oswalt', 'Rob Riggle', & 'Patrice O'Neal' in 'Todd Rohal's' raucous comedy film "Nature Calls" as "Tibbits" in 2012. Catch Francisco making his on screen teen debut on the Season Premiere 5 of Starz Network's drama series "Power" in 2018 & on the new upcoming Season 6 of CBS's crime solving series "Elementary".