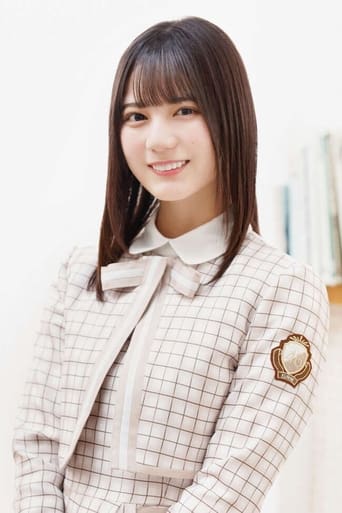 Nao Kosaka is a Japanese singer, model, actress and member of the female Japanese idol group Hinatazaka46. She is an exclusive model for the female fashion magazine Seventeen. On August 13, 2017, Kosaka passed the auditions for new members of Keyakizaka46's subgroup Hiragana Keyakizaka46 and entered the group as the second generation. She made her debut in the song "No War in the Future", a B-side to "Kaze ni Fukarete mo". On May 19, 2018, Kosaka made her runway debut at the GirlsAward 2018 SPRING／SUMMER show. On May 21, 2018, Seventeen announced that she will be one of the magazine's exclusive model. After Hiragana Keyakizaka46 was renamed to Hinatazaka46 in February 2019, Kosaka was selected to hold the center position in their debut single, "Kyun". She continued to hold the position for every single released by the group since. Kosaka was casted as the main character in the 2019 mystery film Japanese Doll of Terror (恐怖人形, Kyōfu Ningyō). She is also slated to appear in Hinomaru Soul, an upcoming film about ski jumping at the 1998 Winter Olympics, in which her character is based on retired ski jumper Yoshiko Yoshiizumi. In April 2021, Kosaka announced that her solo photobook, produced by the Seventeen magazine editorial staff, would be released on June 29. She would be the third Hinatazaka46 member to release a solo photobook, after Miho Watanabe and Kyōko Saitō. As a dinosaur enthusiast, she was also appointed the ambassador for Sony's DinoScience exhibition, which would be held from July to September. Kosaka played volleyball in middle school and occasionally demonstrates her skill in her appearances. She has an older brother who is a Keyakizaka46 fan. Kosaka's main interests include dinosaurs and reptiles. She also enjoys comedy shows and named Kazuya Kojima of Unjash and Audrey as her favorite comedians.