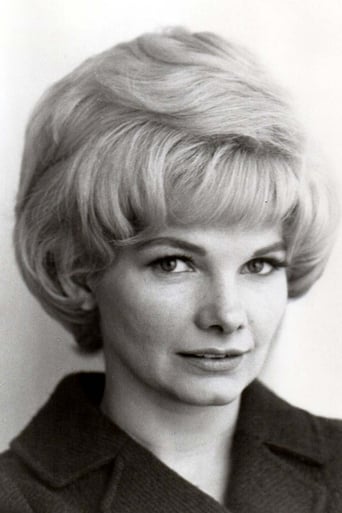 Barbara Loden (July 8, 1932 – September 5, 1980) was a Broadway Tony award-winning American stage and film actress, model, and stage/film director. She was the first woman to write, direct and star in her own feature film, Wanda, which won the International Critics Award at the 1970 Venice Film Festival. Loden also directed several off-Broadway plays. Loden was a life member of the famed Actors Studio and appeared in several projects directed by her second husband, Elia Kazan, including Splendor in the Grass. In 1970 Loden wrote, produced, directed, and starred in her own independent film, Wanda, made with the collaboration of cinematographer and editor Nicholas T. Proferes, on a meager budget of $115,000. Wanda is an semi-autobiographical portrait of a "passive, disconnected coal miner's wife who attaches herself to a petty crook."[4] Innovative in its cinéma vérité style, it was one of the few American films directed by a woman to be theatrically released at that time. Film critic David Thomson wrote, "Wanda is full of unexpected moments and raw atmosphere, never settling for cliché in situation or character." The film was the only American film accepted to, and which won, the International Critics' Prize at the Venice Film Festival in 1970, and was presented at the 1971 Cannes Film Festival. In 2010, with support from Gucci, the film was restored by the UCLA Film & Television Archive and screened at the Museum of Modern Art in Manhattan.