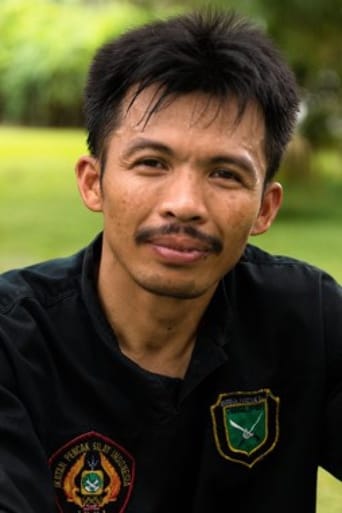 Cecep Arif Rahman (born in Garut, August 18, 1972) is a teacher, athlete, teacher of martial arts and Indonesian actor. Born in Garut, Cecep is a martial arts artist from the School of Panglipur Garut. His career in martial arts was transferring him to the French martial festival Bercy Festival des Arts Martiaux from 2000 to 2008. Early in his career as an actor was in the film The Raid 2: Rascal as The Assasin. His career as an actor "The Assassin" in the film led him to star in other films such as 3: Alif Lam Mim as a martial arts teacher and also a action choreographers. In 2015, Cecep with Yayan Ruhian and Iko Uwais were also involved in starring in Star Wars: The Force Awakens. In 2019 Cecep with Yayan Ruihan too were also involved in starring in John Wick: Parabellum.