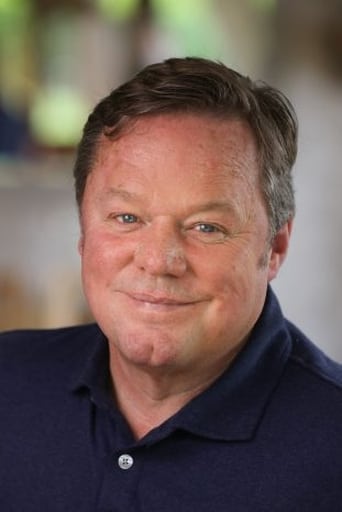 Edward Michael Robbins (born 11 August 1955) is an English actor, television presenter and radio broadcaster and presents a Sunday morning show on BBC Radio Lancashire. He has performed as a warm-up artist for numerous pre-recorded comedy shows that have been filmed before live studio audiences including Granada Television's Wood and Walters and Birds of a Feather, provided the voiceover in Catchphrase from 1994 to 1996 and returned in Roy Walker's penultimate series in 1998 and 1999, and the BBC's Little Britain. He also starred in Peter Kay's Phoenix Nights (2001–02) for both series as Den Perry, the main "villain", and also the Governor in The Slammer. His most recent roles were in Benidorm in 2012 as Victor St. James. Also, Hank Zipzer in episode 8 playing Bob and Diddy TV playing Larry Bingbongberger. He guest starred as Barry Quid in Series 10 of Birds of a Feather and also in the comedy series The League of Gentlemen as Tony Cluedo, singer of Crème Brulee. On 31 January 2015, Robbins suffered a heart attack and collapsed on stage, clutching his chest, during his solo sketch at the opening night of the Phoenix Nights Live tour at the Manchester Arena.[3] His health has improved since then and he has lost two stone.[4] Robbins currently hosts the Friday afternoon show on BBC Radio Manchester. In 2020 Robbins appeared on the rebooted version of Crackerjack! as one of the "Crackerjack Players.