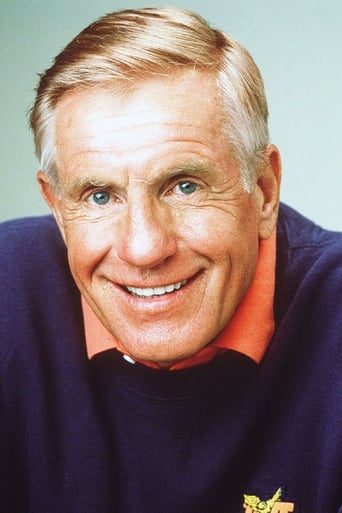 He has that same genuine likability factor, owns that same trademark lantern jaw and is just as appealing and gifted as his older brother, Dick Van Dyke, but, for decades, Jerry Van Dyke had to bear the brunt of his brother's overwhelming shadow. The comic actor was born six years younger than Dick on July 27, 1931, in Danville, Illinois. Raised there, the crew cut blond showed an aptitude for clowning in high school. His stand-up comedy venues first took the form of dives and strip clubs throughout the Deep South in which his banjo-playing became an intricate part of the routine. At one point, Jerry was a regular on the Playboy club circuit. He then set his sights on the top showrooms in Las Vegas, Lake Tahoe and Atlantic City and became a dependable opening act. Jerry's early career should have been rightfully interrupted when he joined the Air Force in 1952. He, instead, kept the troops laughing by performing in Special Services shows. Winning a military talent contest actually earned him a couple of appearances on The Ed Sullivan Show (1948) (aka "The Ed Sullivan Show") and resulting TV exposure. Following his tour of duty, he nabbed variety appearances and a regular comic relief role on The Judy Garland Show (1963). He found comic acting parts as well on TV. Like brother Dick, who was a huge TV star by this time, Jerry also did a stint emceeing a game show. In Jerry's case, it was Picture This (1963).