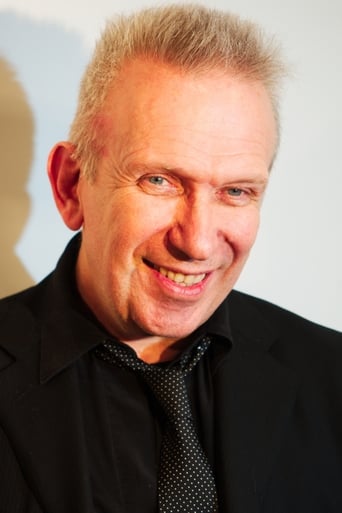 Jean-Paul Gaultier was born on April 24, 1952 in Arcueil, France. He studied at the Ecole Communale, the College d’Enseignement, and at the Lycee d’Arcueil. When he reached the age of 17, he sent his design sketches to Paris designer Pierre Cardin. Cardin recognized his talent and offered him a position as design assistant;  he worked for Cardin for two years.  Gauliter then worked for the couture houses of Jacques Esterel, Jean Patou, Angelo Tarlazzi and Michael Goma. In 1976, Gaultier launched his design career under his label for a company called Mayagor, as well as continuing to design free-lance ready-to-wear furs, swimwear, and leather clothing.  In 1978, Gaultier presented his first collection.  In 1982, financed by the Japanese consortium Kashiyama, Gaultier established his own business.  During the 1980s, he was known as the designer who emphasized broad shoulders and narrow hips.  But he is mainly known for his obsession with gender.  Hiscollections showed men in skirts and women wearing underwear on the outside. In 1987 Gaultier received the coveted French Designer of the Year Award.  Gaultier presented his first haute couture collection in 1997 and two years later in 1999, with financial backing from Maison Hermès he was able to increase his reputation and his distribution, with the establishment of a network of boutiques bearing his name. In 2003, he was appointed creative director at Hermes.  In 2004, he launched a young denim and sportswear line. BPI launched Gaultier's "Fragile" fragrance in 2000; the package featuring a tiny figure dressed in Gaultier’s couture. Meanwhile, the designer expanded his licensee list with the additions of companies such as Wolford, an Austrian luxury hosiery firm. Gaultier has created costumes for films of Peter Greenaway, Jean-Pierre Jeunet, Pedro Almodóvar, and Luc Besson. He has made stage costumes for Madonna, (Madonna's conical bra), and the dancerand choreographer Régine Chopin. Gaultier's latest innovation is a makeupline for men, which he pioneered in 2004.  He also launched an eyewear collection in 2006.