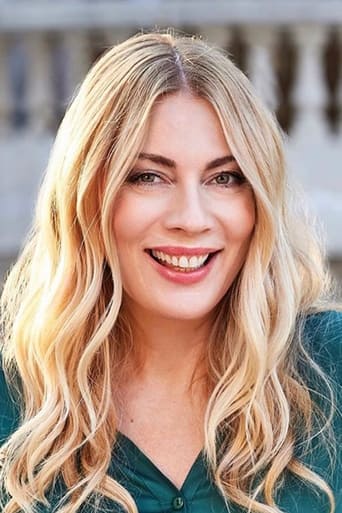 Smaragda Karydi is a Greek TV and stage actress. She came into prominence playing the role of Dahlia in the TV series Sto Para Pente and later the TV series Fila ton vatraho sou (Kiss your Frog) co-starring with Τhodoris Atheridis. Smaragda was born on 9 August 1969, and is the daughter of actors Dinos Karydis (whom she later starred with in Fila ton vatraho sou) and Tzoulia Argyropoulou. She graduated from the Drama School of the Greek National Theatre and has worked as an actress in the Greek television in primary and secondary roles in the series. From 2005 until 2007 she has had one of the main roles in the popular TV series Sto Para Pente. She has also starred in the films Thiliki Etairia written by Nikos Perakis in 1999, O kalyteros mou filos written by Lakis Lazopoulos and the cinema adaptation of the theatrical play Mia melissa ton Avgousto written by Thodoris Atheridis in 2007. In the theatre she has starred in the plays Apo erota, Mia melissa ton Avgousto, and Sinevi kai opoios thelei to pistevei written and directed by Thodoris Atheridis.