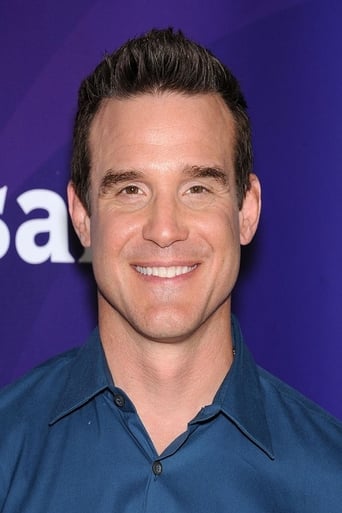 Edward "Eddie" Theodore McClintock (born May 27, 1967, height 5' 11" (1,80 m)) is an American actor who has starred and guest starred in numerous television shows. He currently portrays the role of Secret Service agent Peter Lattimer on the Syfy series Warehouse 13. McClintock was born in North Canton, Ohio. He was once a wrestler and then a production assistant, and he was nearly 30 before moving into major actor roles. He was a cast member of the television sitcoms Stark Raving Mad from 1999 to 2000, A.U.S.A. in 2003 and Crumbs in 2006. He had recurring roles on Bones in 2007 as Special Agent Tim Sullivan, and in 2006 on Desperate Housewives as Frank, the father of Gabrielle and Carlos' adoptive baby. He has also guest-starred on Sex and the City, My Boys, Felicity, Friends, Ned and Stacey, Less than Perfect, Better off Ted, The King of Queens and other television shows. His films include the 2005 film Confessions of an American Bride with Shannon Elizabeth, as well as Mumford (1999), The Sweetest Thing (2002), Moving August (2002) and Full Frontal (2002).