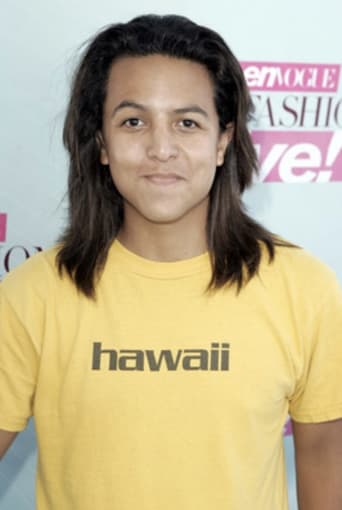 From Wikipedia, the free encyclopedia. Brandon Baker (born April 28, 1985) is an American actor. He is known for the made-for-TV movies, such as Disney movies Johnny Tsunami and its sequel Johnny Kapahala: Back on Board as well as for his role on the short lived NBC sitcom One World. In 2002, he appeared in episodes of the Disney Channel original series Even Stevens. He was born in Anaheim, California. He is part English, German, and Filipino. Baker lives with his family including his sister, Cassie and his brother, Kullen. He started acting when he was 11 years old after seeing some of his friends going to auditions. At 12 years old, Baker landed his first big break with the starring role of "Mowgli" in Walt Disney's Jungle Book: Mowgli's Story. Baker was invited to the 2007 Disney Channel games after Zac Efron dropped out. He currently lives in Los Angeles, California. He also starred alongside Jessica Alba in the 1999 movie P.U.N.K.S. Description above from the Wikipedia article Brandon Baker, licensed under CC-BY-SA, full list of contributors on Wikipedia.