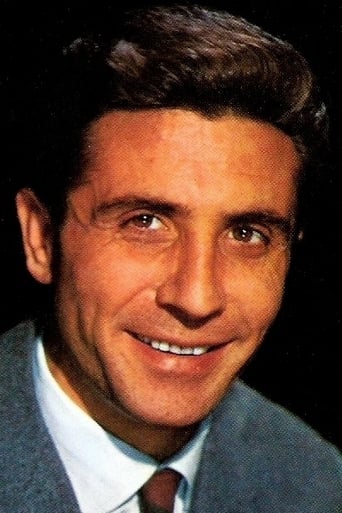 Gilbert Bécaud (24 October 1927 – 18 December 2001) was a French singer, composer, pianist and actor, known as "Monsieur 100,000 Volts" for his energetic performances. His best-known hits are "Nathalie" and "Et maintenant", a 1961 release that became an English language hit as "What Now My Love". He remained a popular artist for nearly fifty years, identifiable in his dark blue suits, with a white shirt and "lucky tie"; blue with white polka dots. When asked to explain his gift he said, "A flower doesn't understand botany." His favourite venue was the Paris Olympia under the management of Bruno Coquatrix. He debuted there in 1954 and headlined in 1955, attracting 6,000 on his first night, three times the capacity. On 13 November 1997, Bécaud was present for the re-opening of the venue after its reconstruction. ... Source: Article "Gilbert Bécaud" from Wikipedia in english, licensed under CC-BY-SA 3.0.