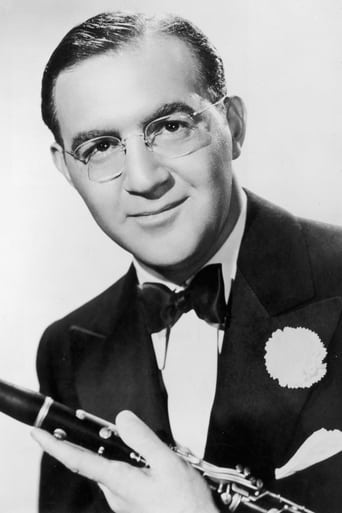 The King of Swing! Famed clarinetist, composer ("Stompin' at the Savoy") and conductor, educated at the Lewis Institute in Chicago and a student of Schillinger and Schoepp. He was a clarinetist with the orchestras of Bix Beiderbecke, Jules Herbuveaux, Arnold Johnson and Ben Pollack, and also played in Broadway theater orchestras. He began to lead his own orchestras in 1934 at the Billy Rose Music Hall, then conducted the orchestra on the weekly radio program "Let's Dance" in 1934-1935, and played at numerous hotels, colleges and theaters. Expanding his musical efforts, he performed in chamber music concerts, later touring throughout the US, Europe, the Far East, South America and the USSR and made many recordings. Joining ASCAP in 1945, his chief musical collaborators included Count Basie, Harry James, Mitchell Parish, Andy Razaf, Edgar M. Sampson, Chick Webb, and Teddy Wilson. Some of his other popular songs and instrumental compositions include "Lullaby in Rhythm," "Don't Be That Way," "Seven Come Eleven," "Flying Home," "Two O'Clock Jump," "Air Mail Special," "Dizzy Spells," "If Dreams Come True," "Georgia Jubilee," "Four Once More," and "The Kingdom of Swing".