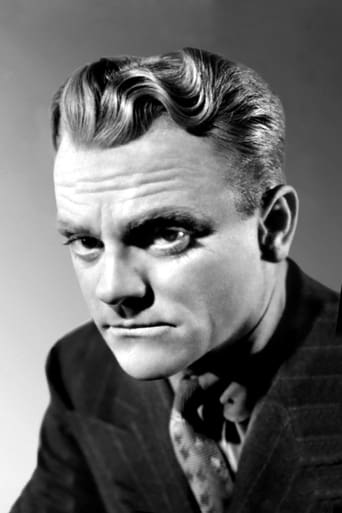 ​From Wikipedia, the free encyclopedia. James Francis Cagney, Jr. (July 17, 1899 – March 30, 1986) was an American film actor. Although he won acclaim and major awards for a wide variety of roles, he is best remembered for playing "tough guys". In 1999, the American Film Institute ranked him eighth among the Greatest Male Stars of All Time. In his first performing role, Cagney danced dressed as a woman in the chorus line of the 1919 revue Every Sailor. He spent several years in vaudeville as a hoofer and comedian until his first major acting role in 1925. He secured several other roles, receiving good reviews before landing the lead in the 1929 play Penny Arcade. After rave reviews for his acting, Warners signed him for an initial $500 a week, three-week contract to reprise his role; this was quickly extended to a seven year contract. Cagney's seventh film, The Public Enemy, became one of the most influential gangster movies of the period. Notable for its famous grapefruit scene, the film thrust Cagney into the spotlight, making him one of Warners' and Hollywood's biggest stars. In 1938, he received his first Academy Award Best Actor nomination for Angels with Dirty Faces, before winning in 1942 for his portrayal of George M. Cohan in Yankee Doodle Dandy. He was nominated a third time in 1955 for Love Me or Leave Me. Cagney retired for 20 years in 1961, spending time on his farm before returning for a part in Ragtime mainly to aid his recovery from a stroke. Cagney walked out on Warners several times over his career, each time coming back on improved personal and artistic terms. In 1935, he sued Warners for breach of contract and won; this marked one of the first times an actor had beaten a studio over a contract issue. He worked for an independent film company for a year while the suit was settled, and also established his own production company, Cagney Productions, in 1942 before returning to Warners again four years later. Jack Warner called him "The Professional Againster", in reference to Cagney’s refusal to be pushed around. Cagney also made numerous morale-boosting troop tours before and during World War II, and was President of the Screen Actors Guild for two years. Description above from the Wikipedia article James Cagney, licensed under CC-BY-SA, full list of contributors on Wikipedia.