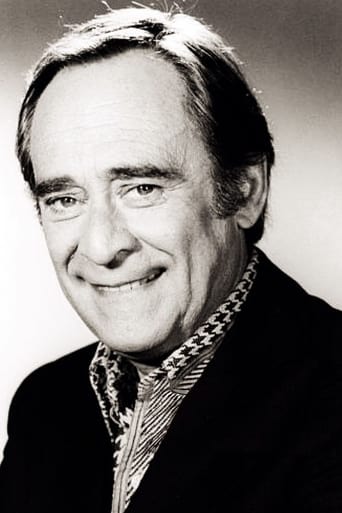 Louis Nye, born Louis Neistat, was an American comedic actor. He was an entertainer to the troops during World War II and is best known for his work on countless television, film and radio programs. Nye decided to go to New York City, where he worked in radio, playing various roles on soap operas. He recalled "I still think of myself as an actor. In the radio days, I was busy playing rotten Nazis, rich uncles and emotional juveniles -- the whole span -- and the only time I tried to be funny was at parties." Nye served in the United States Army during World War II, and because he earned laughs by mimicking other soldiers, he was assigned to run the recreation hall. Following his discharge, he returned to New York and began working in live television. He also appeared in several plays on Broadway, and made many appearances on television variety shows such as The Jack Benny Program (including one memorable turn as a crying cab driver), The Jimmy Durante Show, The Pat Boone Chevy Showroom and The Victor Borge Show. He earned his greatest fame as a regular on The Steve Allen Show, performing with Allen, Don Knotts, Tom Poston, Pat Harrington Jr., Dayton Allen, Gabriel Dell and Bill Dana. He primarily played urbane, wealthy, and often fey bon vivants; as part of the weekly "Man on the Street" sketches, his characterization of the pretentious country-club braggart Gordon Hathaway, with his catchphrase, "Hi-ho, Steverino," plus Allen's inability to resist bursting into hysterical laughter at his ad-libs, made Nye one of the favorites on Allen's show. When production moved to Los Angeles, Nye went too and became a character actor in Hollywood. Nye was cast as a guest star on many television series, including Make Room for Daddy; Guestward, Ho!; Burke's Law; The Munsters; Love, American Style; Laverne & Shirley; Starsky and Hutch; Police Woman; Fantasy Island; St. Elsewhere; and The Cosby Show. Nye played dentist Delbert Gray on several episodes of The Ann Sothern Show from 1960 to 1961, the romantic interest of Olive Smith, played by Ann Tyrrell. Nye also played Sonny Drysdale, the spoiled rich stepson of Milburn Drysdale on The Beverly Hillbillies during the 1962 season. He did six episodes, and received more mail than from anything else he had ever done on television, but the character was dropped. It was rumored that someone in the CBS network, or a sponsor, thought Sonny was too "sissified". However, Nye revived the character briefly during the 1966 season. During this period, Nye appeared in several television commercials for various products, including Rath brand lunch meats and the Better Business Bureau. Nye appeared as a celebrity judge on The Gong Show during the late 1970s. He also recorded a few comedy LPs, doing a variety of characterizations. Unfortunately, he never had the opportunity to reach his potential in movies. Many of his character roles were little more than cameos. Nevertheless, he performed with Lucille Ball, Bob Hope, Jack Lemmon, Dean Martin, Walter Matthau, Robert Mitchum, Jack Webb and Joanne Woodward, and others. Nye also appeared on the lecture circuit, in concerts and in nightclubs, and did voice work in animation, such as Inspector Gadget with Don Adams.