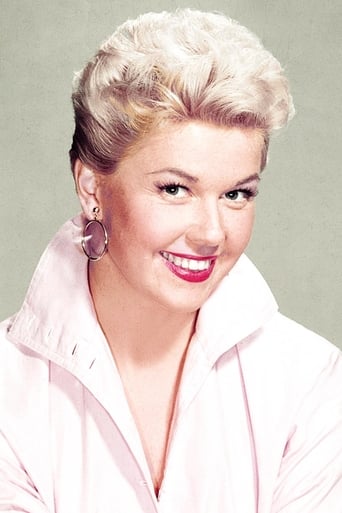 From Wikipedia, the free encyclopedia Doris Day (born Doris Mary Ann Kappelhoff; April 3, 1922 - May 13, 2019) was an American actress and singer, and an outspoken animal rights activist since her retirement from show business. Her entertainment career began in the 1940s as a big band singer. In 1945 she had her first hit recording, "Sentimental Journey". In 1948, she appeared in her first film, Romance on the High Seas. During her entertainment career, she appeared in 39 films, recorded more than 650 songs, received an Academy Award nomination, won a Golden Globe and a Grammy Award, and, in 1989, received the Cecil B. DeMille Award for lifetime achievement in motion pictures. As of 2009, Day was the top-ranking female box office star of all time and ranked sixth among the top ten box office performers (male and female). Description above from the Wikipedia article Doris Day, licensed under CC-BY-SA, full list of contributors on Wikipedia.