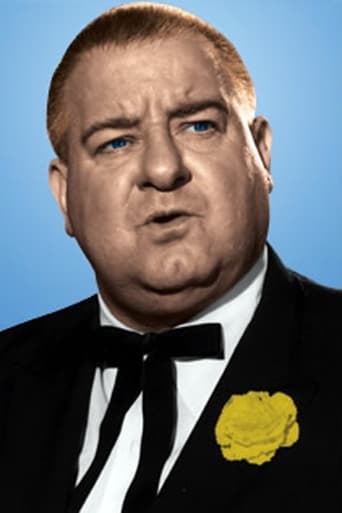 ​From Wikipedia, the free encyclopedia.   Joe DeRita (July 12, 1909 – July 3, 1993), born Joseph Wardell, was an American comedian who is best known as Curly-Joe DeRita, the "sixth" member of the Three Stooges. DeRita was born into a show-business family in Philadelphia, Pennsylvania. Wardell's father was a stage technician, his mother a professional stage dancer, and the three often acted on stage together from his early childhood. Taking his mother's maiden name, DeRita (Portuguese), the actor joined the burlesque circuit during the 1920s, gaining fame as a comedian. During World War II, DeRita joined the USO, performing through Britain and France with such celebrities as Bing Crosby and Randolph Scott. Description above from the Wikipedia article Joe DeRita, licensed under CC-BY-SA, full list of contributors on Wikipedia.