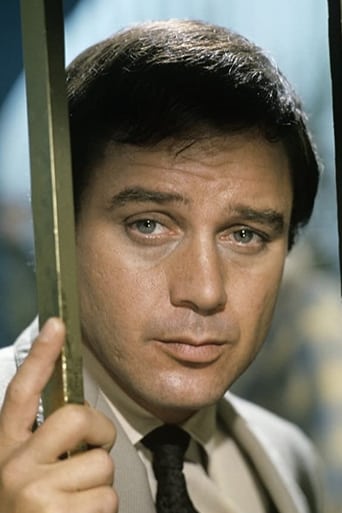 From Wikipedia, the free encyclopedia. Michael Callan (born November 22, 1935) is an American actor. Born Martin Harris Calinieff in Philadelphia, Pennsylvania, Callan began his career as Mickey Calin, and it was with this name he appeared on Broadway in The Boy Friend (1954), Catch a Star (1955), and West Side Story (1957-1959). Callan's film career began in 1959 where he was contracted with Columbia Pictures and had roles in two films, They Came to Cordura and The Flying Fontaines. Although he was unable to reprise his West Side Story role of Riff in the film version due to his contract with Columbia, he did dance in the film Gidget Goes Hawaiian (1961). His screen credits include The Interns, The New Interns, with Barbara Eden, Mysterious Island (1961), The Victors (1963), Cat Ballou, (1965) and later Leprechaun 3 and Stuck on You. In 1966, Callan landed the lead role of Peter Christopher in the NBC sitcom Occasional Wife. At the time Callan was married to the former Carlyn Chapman. The young couple lived in Beverly Hills and had two daughters, Dawn Rachel (born ca. 1961) and Rebecca (born ca. 1964). He engaged in a 12-hour day filming schedule with weekends off for the production of the half-hour television series. Callan soon divorced Carlyn and was married for a time to Patricia Harty, the actress who played his "occasional wife" in the series. Additional television credits include Breaking Point, That Girl, The Name of the Game, The Mary Tyler Moore Show, Ironside, Marcus Welby, M.D., Griff, McMillan & Wife, Barnaby Jones, 12 O'Clock High, Quincy M.E., Charlie's Angels, Simon and Simon, Fantasy Island, four episodes of Murder, She Wrote, and eight episodes of Love, American Style. He played Metallo in Superboy. Callan appeared in the Off-Broadway musical Bar Mitzvah Boy in 1987. Description above from the Wikipedia article Michael Callan, licensed under CC-BY-SA, full list of contributors on Wikipedia.