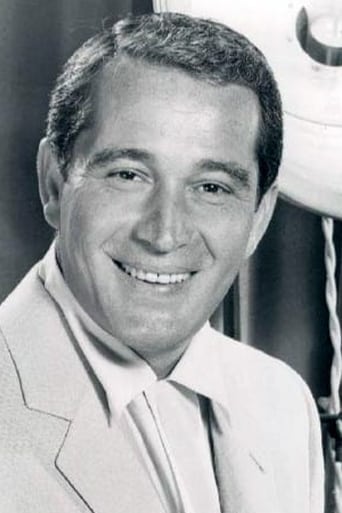 From Wikipedia, the free encyclopedia Pierino Ronald "Perry" Como (May 18, 1912 – May 12, 2001) was an American singer, actor and television personality. During a career spanning more than half a century he recorded exclusively for RCA Victor for 44 years, after signing with the label in 1943. "Mr. C.", as he was nicknamed, sold millions of records and pioneered a weekly musical variety television show. His weekly television shows and seasonal specials were broadcast throughout the world. Como received five Emmys from 1955 to 1959, a Christopher Award (1956), and shared a Peabody Award with good friend Jackie Gleason in 1956. He was inducted into the Academy of Television Arts & Sciences Hall of Fame in 1990 and received a Kennedy Center Honor in 1987. Posthumously, Como received the Grammy Lifetime Achievement Award in 2002. He has the distinction of having three stars on the Hollywood Walk of Fame for his work in radio, television, and music.