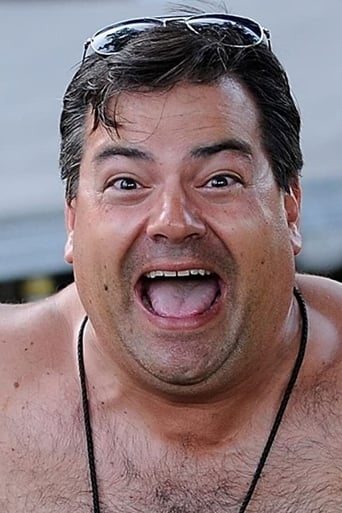 From Wikipedia, the free encyclopedia. Patrick Roach (born March 4, 1969) is a Canadian actor best known for playing the always shirtless and cheeseburger-addicted assistant trailer park supervisor Randy on the cult television series Trailer Park Boys. Roach was born in Branch, a community in Newfoundland, but grew up in Dartmouth, Nova Scotia. Randy works as deputy for park supervisor Mr. Lahey, with whom he shares a "relationship" in which among other things Lahey is largely dependent on his assistant for his daily functioning, care and nurturing. Roach has commented in an interview that Randy is gay, though the show portrays the character as bisexual. Mr. Lahey and Randy's relationship is similar to that seen between Mr. Burns and Smithers on The Simpsons, only involving more petty crime, foul language, role-playing, drug abuse, and large amounts of alcohol. For the first four years he appeared on Trailer Park Boys Roach continued to work as a regional sales manager for Sparkling Springs, a bottled water company. He would film Trailer Park Boys on his vacation time, but in July 2004 he quit his job (which he had held since 1993) in order to concentrate on acting, a decision he thought was risky, but worth it. While not shooting the show, he goes across the country with John Dunsworth (Lahey) at comedy clubs and other music events as a stand-up/improv act. He also appeared on a commercial for the telephone service "Vonage". When asked what it was like appearing shirtless in nearly every episode, Roach replied that "it was uncomfortable at first, but after everyone in Canada has seen you, what the hell." He was also in the original Trailer Park Boys short film before it was made into a series. His character was the basis for Randy, but was named Patrick and wore a shirt. He is married to Candyce, and together they have two children, Rebecca and Cody, who, because of their young ages (twelve and ten respectively, as of 2010), are forbidden to watch Trailer Park Boys. He currently works at Investors Group in Halifax. In 2010, Roach reunited with many of his former Trailer Park Boys castmates in the new series The Drunk and On Drugs Happy Fun Time Hour. Description above from the Wikipedia article Patrick Roach, licensed under CC-BY-SA, full list of contributors on Wikipedia .