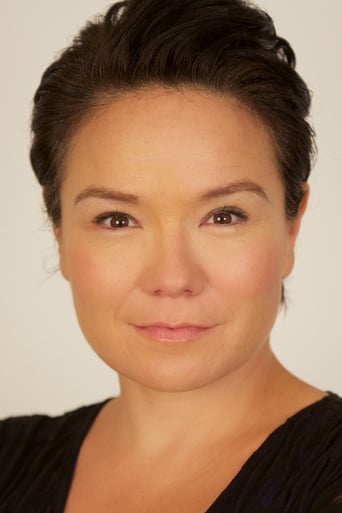 Jennifer Podemski is an award winning Film and Television Producer and Actor born and raised in Toronto, Canada. Of mixed First Nations and Israeli decent, Jennifer began her acting career as a teen. Her career blossomed when she was cast as Pique in CBC's The Diviners followed by a starring role in Bruce McDonald's Dance Me Outside. As her career in front of the camera exploded, Jennifer began to notice the inequity behind the lens. Although all of the roles she was awarded as actor were First Nations characters, she rarely, if ever, saw any First Nations writers, producers or directors. By 25, with a solid career under her belt, Jennifer opened her first production company, Big Soul Productions (BSP) with fellow burgeoning producer Laura Milliken. BSP became the first Aboriginal owned and operated, full service production company in Canada, producing hundreds of hours of television including three seasons of the award winning Dramatic Series Moccasin Flats for Showcase and APTN. In 2005, Jennifer branched out on her own and founded Redcloud Studios, Inc. Although Jennifer has maintained a successful career as an actor, with roles in Degrassi, Republic of Doyle, Sarah Polley's Take This Waltz and Jimmy P alongside Benicio Del Toro, she is most proud of her starring role in her own film Empire of Dirt for which she was nominated for two Canadian Screen Awards for Best Actress in a Supporting Role as well as Best Feature Film for her work as producer. Empire of Dirt premiered at TIFF 2014 and continued to a theatrical release in Canada and traveled the world on the film festival circuit. Jennifer is also the creator and producer of APTN's famed paranormal series The Other Side, currently shooting it's second season; in her 9th year as Co-Executive Producer and Creative Director of the Indspire Awards (Global, APTN) for which she was nominated for Best Lifestyle Television Show at the 2014 CSA's. More recently, Jennifer can be seen as Dr. Crowshoe on the award winning drama series Blackstone; HBO's Sensitive Skin with Kim Catrall and in FireSong, written and directed by Adam Garnett Jones. A storyteller behind and in front of the camera, Jennifer still makes time for training aboriginal youth in film and tv, mentoring and holding self esteem workshops across the US and Canada.