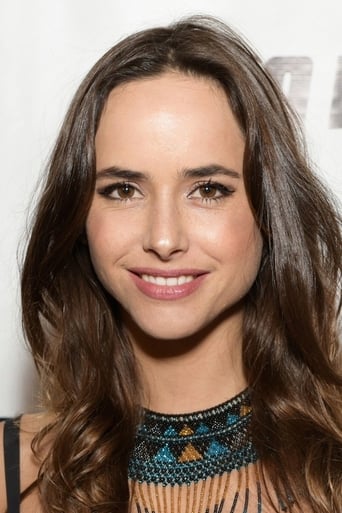 Chilean actress, born on May 15, 1986. She lived her childhood and youth in Cachagua, a rural town at Central Chile's Pacific coastline. She stays there until she finishes school. Then, following her passion for acting, she moves to the capital, Santiago, and enrolls into Universidad Catolica's Acting School. Driven by her need to explore non-conventional theatre she lives 3 months at the Double Edge Theatre in Ashfiels M.A. and later completes two workshops, one at the Odin Theater in Denmark and another about "Teatro de los Sentidos" in Malacahuello. Restless and multifaceted has achieved to grow a career as an actress, singer and producer. She has had leading roles on movies, theater, television and web productions, standing out in Bim Bam Bum (TV Serial), La Tirana (movie), The beauty and the beast (musical), among others. Her director and producer facet has gain her recognition for several successful projects, such as the Theatre Workshop for Convicts, the cultural TV show "Carnaval", and a recent documentary on the making of Matías Oviedo music band's fourth album. Since 2013 her singer side has grown momentum, being responsible for interpreting part of the musical soundtrack of the TV series Bim Bam Bum, the TV serial Chipe Libre, and also becoming the female voice at Matías Oviedo latest album, "Amores Tuertos." After building a solid career in Chile, being cast in over 8 Tv shows for major Networks, over 7 films, theatre pieces, web series and achieving several contract with recognized brands, she has recently settled in Los Angeles, California in may 2016, After living between her country and USA for a almost a year. Her first performance as the leader actress in Ryan Gregory Phillip's Shortwave has given her a strong exposure and the best actress prize at film-quest. Always in touch with nature she has joined several environmental causes, actively collaborating with "Reforestemos Patagonia", Moving Chile, and "Bosques de Zapallar" (Woodland's Foundation) a NGO of her place of birth promoting the conservation of the endangered Mediterranean like forest of central Chile.