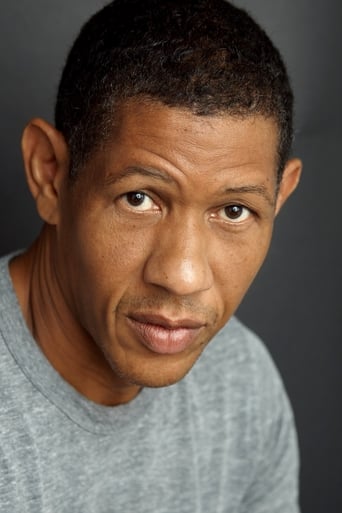 Scott was born in Los Angeles and spent a lot of his childhood with his parents on picket lines campaigning for local civil rights. His father was the executive director of the University of Southern California,Community Services Center, and his mother worked for Operation Breadbasket and other organizations dedicated to improving economic conditions of black communities. After studying electrical engineering for two years at USC, he sat in on a friends acting class, was immediately bitten by the bug and auditioned for USC's Bachelor of Fine Arts acting conservatory the next semester. He started over as a freshman and completed the program in 1986. In 1987, Scott earned his SAG card on the feature film "Punchline". After several equity waiver plays and TV guest stars, Scott landed his first TV series regular role as Whoopi Goldberg's son on the short lived "Bagdad Cafe". The show ended in 1990 and after a few more years in Hollywood, Scott decided to pack up and move to New York to pursue his first love, the theatre. In NYC he worked in off and off-off Broadway shows and was invited into the elite Drama Department Theatre Company for which he performed Tennesee Williams' three character play, "Kingdom of Earth" with Cynthia Nixon and Peter Sarsgaard, directed by John Cameron Mitchell. Scott's proudest theater moment came when he was cast by Lloyd Richards to play Walter Lee in Lorraine Hansberry's, "A Raisin in the Sun". Lloyd fell sick but the production went on to rave reviews at Fords Theater in Washington DC, directed by Seret Scott in 1995. Scott stayed in New york for a few more years working in TV, film and theatre before returning to Los Angeles in 1998. In 1999, he was cast in a guest starring role on the pilot for the CBS drama, "First Monday". Producer/creator/ director, Don Bellasario admired his work enough to create the role of 'Cmdr. Sturgis Turner' for Scott on his long running, hit series "JAG". Scott played the role from 2000 to 2004, when the show was canceled. He continues to live and work in Hollywood, recent notable credits include "The Social Network" and James Cameron's "Avatar". Upcoming credits Include J.J. Abrams next "Star Trek" feature and "The Host", directed by Andrew Niccol. Both due for release in 2013. Scott is the very proud father of two sons, Morgan and Daniel. - IMDb Mini Biography