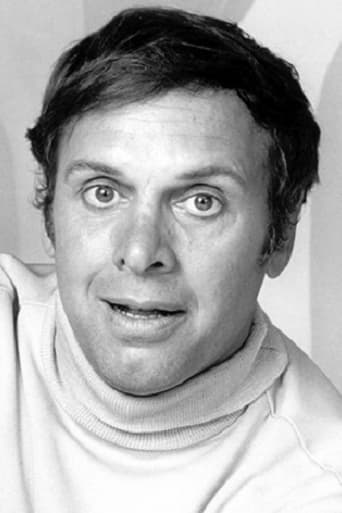 From Wikipedia, the free encyclopedia. Alan Sues (born March 7, 1926) is a U.S. comic actor best known for his performances as part of the ensemble on the 1968-1973 television program Rowan & Martin's Laugh-In. Sues' on-screen persona was campy, outrageous and contained verbal slapstick; typical of his humor was a skit that found him following a pair of whiskey-drinking cowboys to a Wild West bar and requesting a frozen daiquiri. Sues' recurring characters on the program included Big Al the Sportscaster and Uncle Al the Kiddie's Pal. He also parodied castmate JoAnne Worley when she left the show, appearing in drag. Description above from the Wikipedia article Alan Sues, licensed under CC-BY-SA, full list of contributors on Wikipedia.