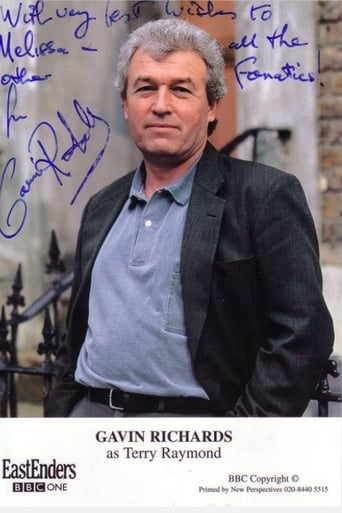 After training at the Bristol Old Vic, Gavin Richards worked at the Liverpool Everyman and then with radical playwright John McGrath, in 7:84. Joining the Ken Campbell Roadshow in the early 70s he got performance experience working outdoors, in pubs and clubs. A lucrative German tour gave him and a group of colleagues the financial security to set up Belt and Braces Roadshow Company, formed with Eugene Geasley, Marcel Steiner and Jeni Barnett. Their leftist political and musical roadshows were taken to trade union meetings, working-men’s clubs, colleges and schools as well as traditional theatres and arts centres. Richards was Artistic Director, writer and performer for this collective inspired by the work of Alan Dosser at the Everyman and Ken Campbell and John McGrath of 7:84 Theatre Company. With 7:84 Richards had also directed Arden/D’Arcy’s Ballygoimbeen Bequest and Adrian Mitchell’s Man Friday and worked with both Richard Eyre and Trevor Griffiths. Many B&B members had worked for one or more of those companies and over the course of its 12 years on the road some of its members went on to form other companies like Monstrous Regiment. John Fiske, B&B’s musical director and Paul Kessel formed their own company in Sweden, still working today. B&B also collaborated on joint productions with both 7:84 and Roland Muldoon’s CAST. Others involved in the early years included Shane Connoughton, Sylvester McCoy, Vari Sylvestre, Andy Andrews, Gillian Hanna, David Bradford, Derek Thompson, Jim Carter and Colm Meaney. As well as writing original scripts with the company, Richards directed and adapted other political plays, most famously Dario Fo’s Accidental Death of an Anarchist based on a translation by Gillian Hanna which ran in the West-End for two years after an extensive tour starring Alfred Molina. He also oversaw the Belt and Braces production of Steve’ Gooch’s version of Brecht’s The Mother directed by Paul Hellyer which helped to launch the career of Maggie Steed. In the 80s and 90s Richards was a successful television and film actor (again working with Trevor Griffiths on Central TV’s Oi For England and with Paula Milne on the BBC series Driving Ambition). Assisted by Paula Milne and other ex members of B&B Richards produced A Night For A Nuclear Free Europe for the Labour Party at Wembley Arena in 1984 at the height of the miner’s strike. In the 90’s he also worked with Jack Shepherd on Comic Cuts, Griff Rhys Jones onThe Alchemist and Richard Sparks on The Crimson Lizard. His work on BBC’s ‘Allo ‘Allo and EastEnders is something he would rather forget. More recently, with Tamara Henry, he formed a theatre company in New Zealand called Theatre South whose youth production for the child soldier’s charity War Child won several awards. His recent book of poetry entitled 200 Weeks was published by Muswell Press in North London in 2015.