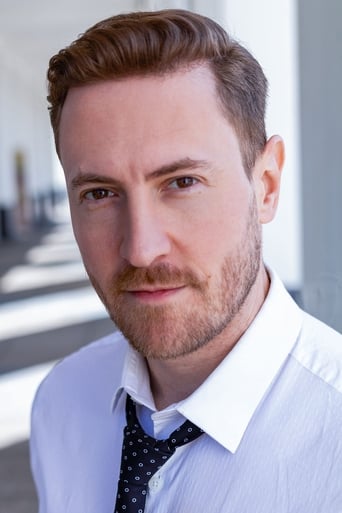 Daniel Kuhlman is an actor, writer and producer originally from Cleveland, Ohio. His credits include film, television, theater and improv, and he is a proud alumnus of Carnegie Mellon University's School of Drama. His career began in Chicago, where his theater credits included: Famous Door's multi-Jeff Award winning production of The Cider House Rules: Parts I and II, The Fastest Clock in the Universe with A Red Orchid Theatre, The Caretaker and Saved at Mary-Arrchie Theatre, The Misanthrope with Next Theatre, and Mauritius at Northlight Theatre, all of which were Jeff Recommended. In Los Angeles, he has appeared in numerous TV series and films, such as Murder Book on Discovery ID, The Young and the Restless on CBS, Conspiracy: Oklahoma City Bombing on the History Channel, Southern Tale by Middle West Media, and Voodoo Macbeth a USC / Warner Bros. production. Daniel is also a screenwriter and owner of Breakwall Pictures LLC, which has produced numerous films, including: Rose White, Thanks Mom, The One and Only, and Jacob in the Wilderness. In the Final Draft Big Break Contest, his feature screenplay When It Drops was a top ten finalist in drama, and his pilot Crook County was selected as a semi-finalist in the one-hour drama category. His pilot, Motherland, and feature script, The Projectionist, were selected as Second Rounders by the Austin Film Festival. He also co-wrote the film Red Light, which premiered at the SITGES film festival, and was awarded Best Midnight Film by Horror Fest International.