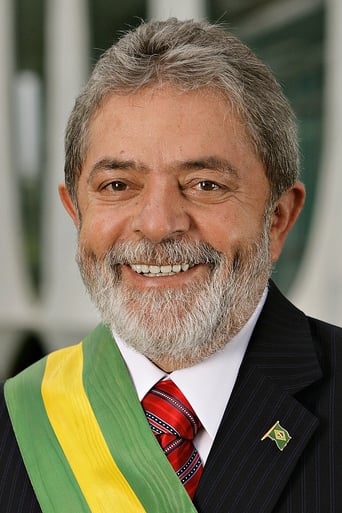 Luiz Inácio Lula da Silva (born 27 October 1945), known simply as Lula, is a Brazilian politician who served as President of Brazil from 1 January 2003 to 1 January 2011. He is a founding member of the Workers' Party (PT – Partido dos Trabalhadores) and ran for president three times unsuccessfully, first in the 1989 election, then again in 1994 and 1998. Lula achieved victory in the 2002 election, and was inaugurated as president on 1 January 2003. In the 2006 election he was elected for a second term as president, which ended on 31 December 2010. Succeeded by his former Chief of Staff, Dilma Rousseff, he left an enduring mark on Brazilian politics in the form of Lulism. Description above from the Wikipedia article Luis Inácio Lula da Silva, licensed under CC-BY-SA, full list of contributors on Wikipedia.