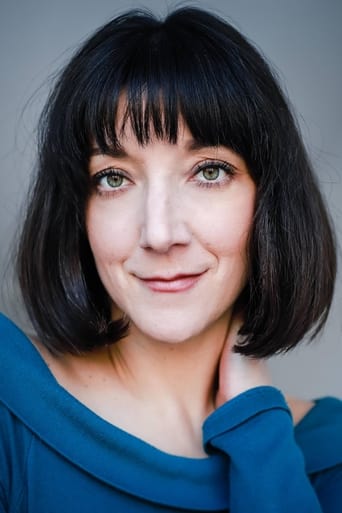 Inka was born in Bosnia, grew up in Algeria and with the outbreak of war, settled with her family in Canada. Thanks to her rich and nomadic upbringing, she is a polyglot who developed a fascination for human behaviour and a passion for acting at a young age, winning "the outstanding actress award" and voted "most likely to win an Oscar," at her high school's intensive theatre program in North-Vancouver BC. She's had the privilege to work with Oscar-winning Robert Zemeckiss' The Walk (2015) opposite Joseph Gordon-Levitt and caught the eye of multi award-winning Denis Côté who cast her in two of his features, Vic + Flo Saw a Bear (2013) and Boris Without Béatrice (2016). In 2015, she landed her first Bosnian role, playing Svetlena in award-winning director Igor Drljaca's The Waiting Room (2015) which screened at numerous film festivals including TIFF. Alongside her acting career, Inka is a professional dancer, specializing in Cuban Rhythms. She has performed in numerous cities all over Canada, either solo or for companies like Estilo Cubano, Drum Café, and Vision Diversité. A real chameleon and character actress, Inka is paving a prolific international career, splitting her time between Montreal, Toronto, Vancouver, LA and Europe.