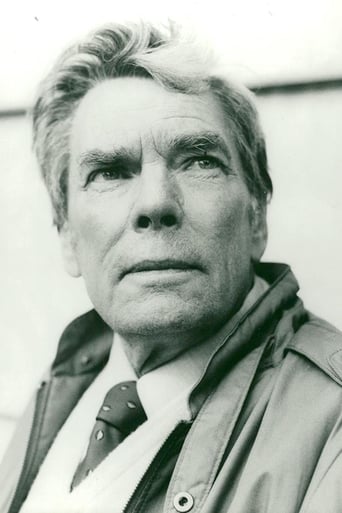 William Squire (29 April 1917 – 3 May 1989) was a Welsh actor of stage, film and television. Squire was born in Neath, South Wales, the son of William Squire and his wife Martha (née Bridgeman). As a stage actor, Squire performed at Stratford-upon-Avon and at the Old Vic, and notably replaced his fellow-countryman Richard Burton as King Arthur in Camelot at the Majestic Theatre on Broadway. One of his first film appearances was in the 1956 film Alexander the Great, which starred Burton in the title role. His varied screen roles included Thomas More in the 1969 film version of Maxwell Anderson's play Anne of the Thousand Days, Sir Daniel Brackley in the 1972 television adaptation of Robert Louis Stevenson's The Black Arrow, the voice of Gandalf in the 1978 animated version of The Lord of the Rings and the Shadow in the 1979 Doctor Whoserial The Armageddon Factor. Perhaps his best-known role was as Hunter, the superior of secret agent David Callan in the spy series Callan in the early 1970s; Squire took over the role from Derek Bond. In a set of Encyclopædia Britannica-produced educational films about William Shakespeare's Macbeth, Squire played the role of Macbeth. This was in keeping with his long career as a Shakespearean actor, which included roles in the classic 1960s TV series, An Age of Kings.