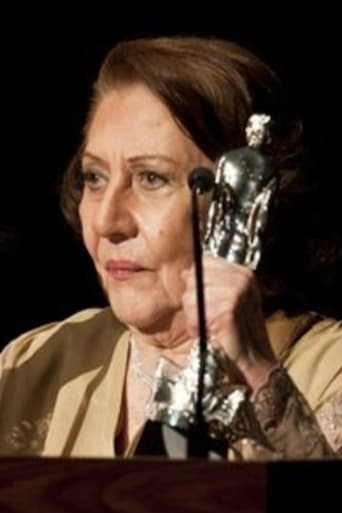 Daughter of José de Jesús Vizcaíno, one of the most prolific writers of the golden age of radio in Mexico. Since the beginning of her career, her voice has accompanied the history of Radio UNAM, Radio Educación, IMER, XEW and XEQ. Graduated from INBA and CUT, she was part of the National Theater Company of UNAM, which with the plays Divinas Palabras (dir. Juan Ibáñez) and Olímpica (dir. Héctor Azar) toured various cities in Europe during 1964 and 1965, winning multiple awards. For the play La Ronda de las Arpías (dir. Mercedes de la Cruz, Pablo Leder) she was recognized as Best Supporting Actress in 1991. Throughout her life she has participated in dozens of plays. On television, her first role was as a storyteller on a program that was broadcast every Sunday on Channel Five. Later she participated in teletheaters, soap operas and educational programs, among which Santa (Miguel Sabido) and Fonda Susilla stand out. In cinema, she started with films such as Para servir a usted, Maten al león and Los indolentes by José Estrada and Divinas Palabras and A Fuego Lento by Juan Ibáñez. Her voice was immortalized as the narrator of the classic El grito, México 1968, by Leobardo López Arretche. With her performance in Martha, by Marcelino Islas, which debuted at the Venice Critics' Week, she conquered audiences around the world and was recognized in Mexico with the Ariel for Best Actress. In 2019, she starred in Encuentro, by Ivan Löwenberg, becoming one of the eldest actresses ever to portray an LGBT+ character.