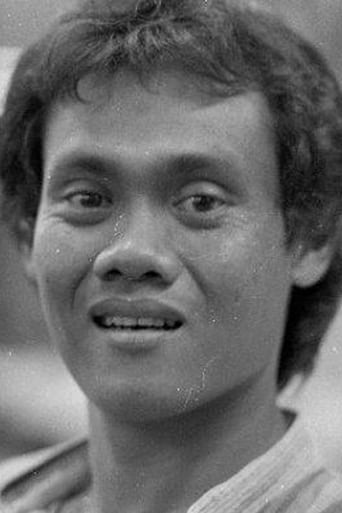 Born in Gombong (Central Java). Comedian "intellectual" who has the title Drs. this first appeared with his friends on the Warung Kopi chat program on Prambors radio. The program crew itself is Tommy Lesanpura (programmer), Kasino, Rudy, Badil, Nanu. Then Tommy was replaced by Dono, while the place where Badil (who had resigned) was filled by Indro. Their group's "real" name was Warkop Prambors when it first appeared on the TVRI Terminal of Youth program, then followed by the film Mana Tahaaan (1979). Since from Prambors radio there is a new comedy group, Sersan (Serious But Relaxed) Prambors, so Kasino and friends are asked to "change" their names. Warkop DKI was chosen (Dono, Kasino, Indro). Their formula in wide screen films is a joke that leads to slapstick coupled with a voluptuous actress. It turned out that this recipe continued into the TV series (soap opera) series titled Warkop DKI (1995), when the national films were lethargic.