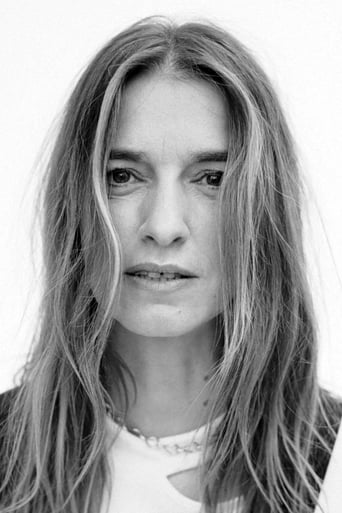 Joana Preiss (born 22 May 1972) is a French actress, director, singer, and performer. Joana Preiss has starred in the films of Christophe Honoré, Olivier Assayas, Nobuhiro Suwa and Pia Marais, and has also collaborated with Nan Goldin in her works. She has also worked with Ugo Rondinone, Dominique Gonzalez-Foerster and Céleste Boursier-Mougenot. She has performed on stage in the shows of Pascal Rambert and Eleanor Weber. She was trained in classical singing and contemporary music, and regularly performs in concerts. She founded the duo White Tahina with Vincent Epplay, Hiroyuki, and Frédéric Danos, in which she sings poems by Hölderlin. In 2011 she directed her first film Sibérie. Source: Article "Joana Preiss" from Wikipedia in english, licensed under CC-BY-SA 3.0.