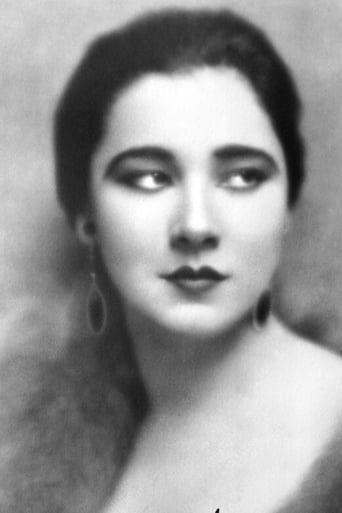 From Wikipedia Nita Naldi (November 13, 1894 – February 17, 1961), born Mary Dooley, was an American silent film actress. She was usually cast in the role of the femme fatale/vamp, a persona first popularized by actress Theda Bara. After first entering vaudeville, Naldi debuted on Broadway in 1918 as a chorus girl at the Winter Garden in The Passing Show of 1918. Her appearance in that production led to more stage jobs. Soon she found herself in the Ziegfeld Follies of 1918 and 1919. At this time she adopted the name Nita Naldi, which was an homage to a childhood friend named Florence Rinaldi. She continued working on Broadway, and after a well received performance in The Bonehead, she was offered a stint with well-known producer William A. Brady. Brady cast her in his play Opportunity in 1920. Naldi was asked to perform in a short film with Scottish comedian Johnny Dooley (no relation). She quit the film after realizing that Dooley had romantic intentions with another woman. She was then offered a role in A Divorce of Convenience with Owen Moore. After those two films, she had small roles in several independent films before being selected for Dr. Jekyll and Mr. Hyde (1920) with John Barrymore. The role in the film would give Naldi much prestige. During the production of Dr. Jekyll and Mr. Hyde, Barrymore and Naldi became friends, and remained friends for many years, with Barrymore lovingly calling her the Dumb Duse. Naldi was selected by Spanish author Vicente Blasco Ibáñez for the role of Dona Sol in the film version of his novel Blood and Sand (1922). Naldi was signed by Famous Players-Lasky for the role, and it became her first pairing with screen idol Rudolph Valentino. The film was a major success, for it gave Naldi the image of a vamp, which would follow her for the rest of her life. Naldi and Valentino were never romantic, and she would be one of the few to befriend his wife Natacha Rambova, though that friendship would sour when the Valentinos divorced. Thanks to the financial reverses caused by her retirement from films, as well as the Depression, Naldi filed bankruptcy in 1932. She went back to the stage with Queer People and The Firebird in 1933. The press had been critical of her weight since 1924, but reviews to her appearances in both plays were especially harsh this time around—so harsh in fact that Naldi filed suit against one paper in 1934 for $500,000. The suit was dismissed in 1938. In 1942, Naldi was considered for For Whom the Bell Tolls but did not receive the part. She never made another film. That same year she began appearing in a revue in New York with Mae Murray reciting the 1897 poem "A Fool There Was" in full kitsch. In 1952, she had a notable role in the play In Any Language, co-starring the legendary stage actress Uta Hagen. In 1955, she coached Carol Channing how to vamp, for Channing's new musical The Vamp. Channing would be nominated for Best Actress in a Musical for that role. Naldi spent her final years in New York City, where she died of a heart attack in her apartment at the age of 66. She was buried in the family plot at Calvary Cemetery in Queens, New York. For her contribution to the film industry, Nita Naldi was honored with a star on the Hollywood Walk of Fame at 6316 Hollywood Blvd.