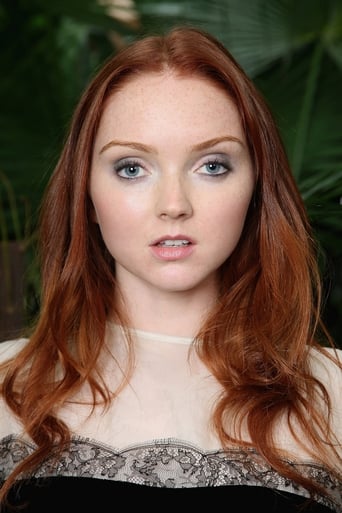 Lily Luahana Cole (born 27 December 1987) is an English actress and entrepreneur. Cole pursued a modelling career as a teenager and was listed in 2009 by Vogue Paris as one of the top 30 models of the 2000s. She was booked for her first British Vogue cover at age 16, named "Model of the Year" at the 2004 British Fashion Awards, and worked with many well-known brands, including Alexander McQueen, Chanel, Louis Vuitton, Jean Paul Gaultier and Moschino. Her advertising campaigns have included Longchamp, Anna Sui, Rimmel and Cacharel. Cole's first leading role as an actress was as Valentina in the 2009 film The Imaginarium of Doctor Parnassus. Her other film work includes Passages, a short directed by Shekhar Kapur and There Be Dragons, directed by Roland Joffé. In 2013 Cole founded impossible.com, a website that hosts wishes and requests for assistance