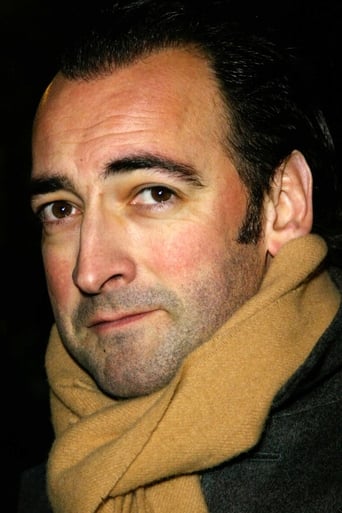 From Wikipedia, the free encyclopedia. Alistair McGowan (born 24 November 1964) is a British impressionist, stand-up comic, actor, singer and writer best known to British audiences for The Big Impression (formerly Alistair McGowan's Big Impression), which was, for four years, one of BBC1's top-rating comedy programmes - winning numerous awards, including a BAFTA in 2003. He has also worked extensively in theatre and appeared in the West End in Art, Cabaret, The Mikado and Little Shop of Horrors (for which he received an Laurence Olivier Award nomination.).) As an actor on television he played the lead role in BBC1's Mayo. He wrote the play Timing (nominated as Best New Comedy at the whatsonstage.com awards) and the book A Matter of Life and Death or How to Wean Your Man off Football with former comedy partner Ronni Ancona. He also provided voices for Spitting Image. Description above from the Wikipedia article Alistair McGowan, licensed under CC-BY-SA, full list of contributors on Wikipedia.