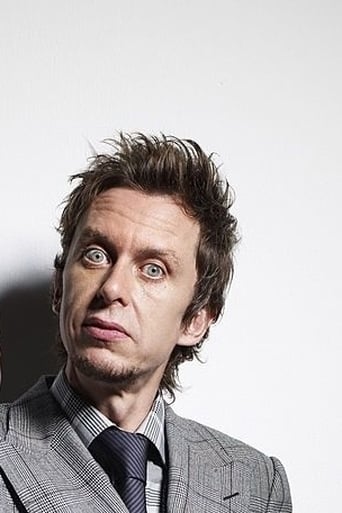 From Wikipedia, the free encyclopedia. Matt King (born 31 January 1968) is an English actor, writer of BBC sitcom Whites and comedian. He is known for his role as self-absorbed musician Super Hans in the Bafta-winning British sitcom Peep Show. He has played many characters, including Elton John and Terry Venables, in the Bafta-nominated comedy series Star Stories, and starred in his own self-penned sketch show Dogface, also on Channel 4. He has appeared in cult comedy series Look Around You. King stars in the Australian TV series Spirited, playing the role of Henry Mallet. As a stand-up comedian he has appeared at the Edinburgh festival and at the Melbourne International Comedy Festival. One of his shows was disrupted by the fact that he had a devastating car crash immediately before the show started, but the show went on. He co-starred in the movie Inkheart, co-stars in the Guy Ritchie film Rocknrolla, the British film Bronson, and has a lead role in fantasy thriller Malice in Wonderland. He has also appeared in the third series of Doctor Who as Peter Streete in The Shakespeare Code and was a regular character in the hit BBC production Jekyll playing computer expert Freeman. He played a ticket tout in the acclaimed independent short film "Brussels" by Misha Manson-Smith. In 2010 he appeared in London Boulevard alongside Colin Farrell, Keira Knightly and Ray Winston. He plays driver and bodyguard to Winston's character, Rob Gant. He appears in the third series of Skins, playing Cook's father. Description above from the Wikipedia article Matt King, licensed under CC-BY-SA, full list of contributors on Wikipedia.