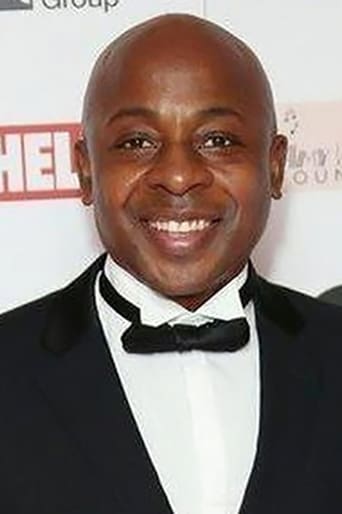 Vasanth Blackwood is a British television and film actor. Blackwood played Lenny Henry's sidekick Winston Churchill in The Lenny Henry Show (1987) and David Sinclair in Casualty (1996–97). Since playing Rory Breaker in the hit film Lock, Stock and Two Smoking Barrels (1998) he has had a number of film roles, including Mean Machine (2001), 9 Dead Gay Guys (2002) and Creep (2004). In 2005 he appeared in A Bear's Tail, a spin off of Bo' Selecta!. He also made an appearance as Lennox Gilbey in Only Fools and Horses. In 2008 he did voiceover work for Fable II on the Xbox 360 and PC. Description above from the Wikipedia article  Vas Blackwood, licensed under CC-BY-SA, full list of contributors on Wikipedia.