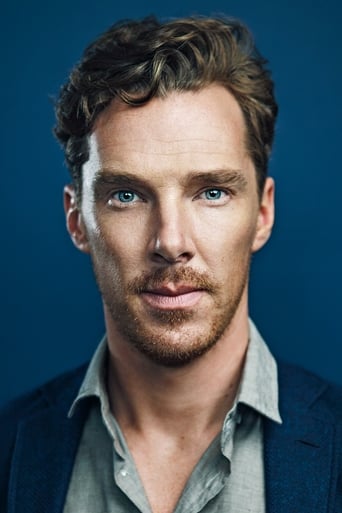 Benedict Timothy Carlton Cumberbatch (born 19 July 1976) is an English actor. He first performed at the Open Air Theatre, Regent's Park in Shakespearean productions and made his West End debut in Richard Eyre's revival of Hedda Gabler in 2005. Since then, he has starred in the Royal National Theatre productions After the Dance (2010) and Frankenstein (2011). In 2015, he played the title role in Hamlet at the Barbican Theatre. His television work includes appearances in Silent Witness (2002) and Fortysomething (2003) before playing Stephen Hawking in the television film Hawking (2004). He has starred as Sherlock Holmes in the series Sherlock since 2010. He has also headlined Tom Stoppard's adaptation of Parade's End (2012), The Hollow Crown: The Wars of the Roses (2016) and Patrick Melrose (2018). In film, he has starred in Amazing Grace (2006), Star Trek Into Darkness (2013), 12 Years a Slave (2013), The Fifth Estate (2013), and The Imitation Game (2014). He also made a brief appearance in 1917 (2019). From 2012 to 2014, through voice and motion capture, he played the characters of Smaug and the Necromancer in The Hobbit film series. In superhero films set in the Marvel Cinematic Universe, he has played Dr Stephen Strange in Doctor Strange (2016), Thor: Ragnarok (2017), Avengers: Infinity War (2018), and Avengers: Endgame (2019). He has received numerous accolades, including the Laurence Olivier Award for Best Actor for Frankenstein, and the Primetime Emmy Award for Outstanding Lead Actor in a Miniseries or a Movie for Sherlock. His performance in The Imitation Game earned him a nomination for the Academy Award for Best Actor. In 2015, he was appointed a CBE in the 2015 Birthday Honours for services to the performing arts and to charity. Description above is from the Wikipedia article Benedict Cumberbatch, licensed under CC-BY-SA, full list of contributors on Wikipedia.