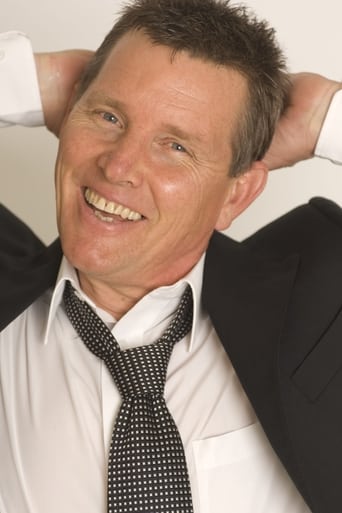 From Wikipedia, the free encyclopedia Tom Burlinson, an actor and singer born on 14th February 1956 in Toronto, Canada. His English parents had migrated to Canada after World War II. The family transferred to New Jersey in 1958, and Tom was the typical all-American youngster with the Little League baseball cap, striped T-shirt and turned-up jeans. In 1962 the family transferred to England with the father's job and young Tom went to school with a North American accent. In 1965, just before Tom turned 10, the family transferred again, this time to Australia. After six months his parents divorced and his mother and two younger sisters went back to England, leaving him with dad and his older sister, Susan. His first public appearance was as Colonel Pickering in Mosman Primary School's production of My Fair Lady. Moving to Bayview, Tom went to Pittwater High School, becoming school captain in his final year. His father wanted him to be a lawyer but he had other ideas. A friend had been accepted for NIDA so he auditioned and to his great surprise was accepted into the class of '74. In 1981 his career break came when he was cast as Jim Craig in The Man From Snowy River, alongside Kirk Douglas, Jack Thompson and Sigrid Thornton. In 1983 he starred in Phar Lap, playing the young Tom Woodcock, alongside Martin Vaughan. He had a relationship with Nicole Kidman in 1986 during the filming of Windrider. They dated for nearly two years. Being a great Frank Sinatra fan since he was about seven, asking his mother to play 'the man in the hat', he heard of the mini-series Sinatra being produced in America by Sinatra's daughter, Tina. He put himself forward for the main role but was selected for singing the voice of the young Sinatra. Now he was a singer and soon sang in his first musical in 1993, How To Succeed In Business Without Really Trying. Here he met the young singer and dancer Mandy Carnie. They married in December 1996. They had their first child, Mia, in April 1999; a son, Guy, in 2001; and another daughter, Ricky, in 2007. In 1998 he created Frank, The Sinatra Story In Song, which opened at the Seymour Centre in Sydney, Australia, then went on to other major cities. Incredibly, Old Blue Eyes, The Chairman of the Board, Sinatra died around the opening time of the show. In recent times, he has been one of the three judges on Australia's Got Talent. On 3 March 1993, backstage in the Footbridge Theatre, Sydney, with the grease paint, costumes and stage props, Tom Burlinson had his hands painted by Australian artist Sharon Davson to create original autographed handprints. Only two handprints were created. These handprints were to assist in environmental and world peace initiatives. Davson initiated this ‘hand prints for charitable causes’ activity in April 1992, and invited Neil Diamond to launch it with her at a national press conference. In 2009, Davson incorporated one of Tom Burlinson’s handprints into a massive work of art which is touring Australia with the multi-million dollar retrospective exhibition titled, Davson ~ World Leaders & Enlightenment Photographs of these events are now in the Davson Arts Museum peace and environment centre in Newcastle, NSW, Australia. Description above from the Wikipedia article Tom Burlinson, licensed under CC-BY-SA, full list of contributors on Wikipedia. ​