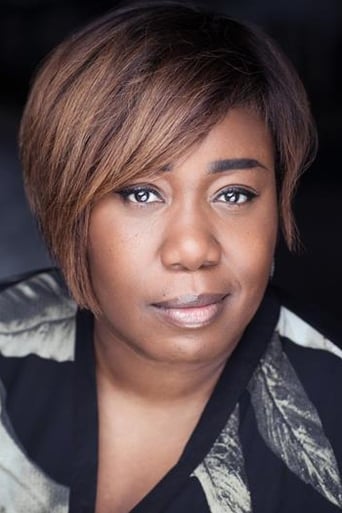 Chizzy Akudolu (7 October 1973) is a British actress. In 2002, she was one of eight, new, comedy performers who won the BBC Talent Initiative, The Urban Sketch Showcase. All eight performed a comedy sketch show in front of BBC casting directors and producers at the Tabernacle Theatre, Notting Hill. Her first television appearance was in the BBC sitcom, 15 Storeys High. This was followed by a small role in Eastenders. She continued to work for the BBC in her first children's series called Stupid! and Roman's Empire. Credits also include Green Wing, International Emmy award winning children's drama, Dustbin Baby for Kindle Entertainment and as a charicature of herself in the mockumentary, The Most Unromantic Man in the World. Chizzy also played series regular, Miss Kanouti in The Complete Guide to Parenting. She has continued to work for CBBC in programs such as Nuzzle and Scratch, Scoop and Gigglebiz. In 2007, she toured with The Vagina Monologues for 3 months. In 2008, Chizzy played the housemate, Angel in Dead Set, a satirical cross between Big Brother and zombies. The same year, she played a UN cleaner in BBC Films, In the Loop directed by Armando Iannucci, but was uncredited. In 2009, she had a guest role in Hollyoaks Later and starred in the CBBC show Jinx in the lead role as the unconventional, Fairy Godmother, Cookie. 2010 has so far seen roles in The Increasingly Poor Decisions of Todd Margaret, London 2012 (BBC), Scoop Series 3(CBBC), The Inbetweeners (Ch4), and as semi regular in the upcoming Channel 4 comedy, Campus. Description above from the Wikipedia article Chizzy Akudolu licensed under CC-BY-SA, full list of contributors on Wikipedia.