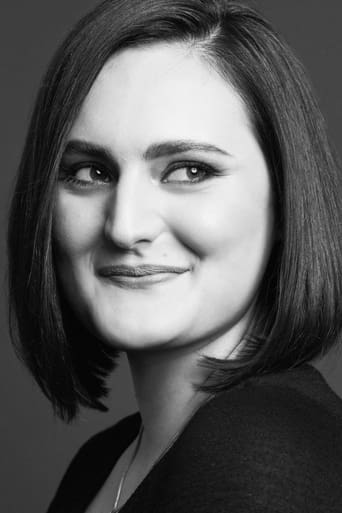 Mary Elizabeth Chieffo is an American actress known for portraying the Klingon L'Rell on the television series Star Trek: Discovery. Chieffo was born and grew up in the neighborhood of Valley Village, Los Angeles in California, only daughter of actors Michael Chieffo and Beth Grant. Her acting debut was at the age of three when she played a sleeping girl in Sandra Bullock's short film Making Sandwiches, in which her mother also had a role, and later acted in various TV shows and short and feature films. As a child, she attended Shakespeare theater camp at the Theatricum Botanicum, where she performed in a variety of shows including Antony and Cleopatra. She attended the Drama division of Juilliard School in New York City, earning a Bachelor of Fine Arts degree in 2015. One of her classmates was future Star Trek: Discovery castmate Mary Wiseman. Her first high profile acting position was on Star Trek: Discovery, where she played the recurring character of L'Rell, a Klingon warrior and spy who becomes leader of the Klingon Empire at the end of Season 1. This page is based on a Wikipedia article written by contributors. Text is available under the CC BY-SA 4.0 license; additional terms may apply.