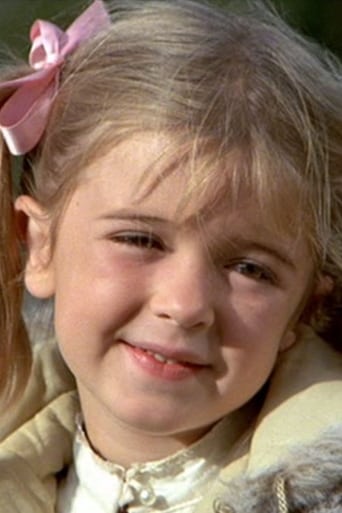 Born Marriah Bridget Andersen in Inglewood, California to Frank Glass and Teresa Andersen, Bridgette Andersen (as she was known professionally) was raised in Malibu, California, and from an early age, she showed exceptional intelligence. By age two, she decided she wanted to be an actress and eventually began a career as a child model before breaking into acting at age seven in the 1982 TV movie, Washington Mistress. Later that year, Andersen appeared in her most memorable role as the title character in Savannah Smiles, followed by roles in Family Ties, Remington Steele, and as a young Mae West in the TV biopic of the actress' life. In 1983, Andersen appeared as Celia in the short lived sitcom Gun Shy, and was also nominated for a Young Artist Award for her role in Savannah Smiles. She followed up with a role in the horror film, Nightmares. She was nominated for a second time for a Young Artist Award for her role in Gun Shy the following year. Throughout the mid-1980s, Andersen continued to appear in episodic television, TV movies and features films, including: A Summer to Remember in 1985, Hotel, Fever Pitch with Ryan O'Neal, The Golden Girls, and The Parent Trap II with Hayley Mills. By 1987, Andersen's roles were infrequent with her only appearances being in an episode of CBS Summer Playhouse and an independent film entitled Too Much. One of Andersen's last roles was a small part in a Pepsi commercial that aired during Super Bowl XXX on January 28, 1996. Shortly before her death, she performed in the independent feature Locker 28. To date, the film remains unreleased. Andersen was reportedly not close to her family and had little contact with them. During her teen years, she struggled with an addiction to heroin, and at the time of her death, was attempting to stay clean while working at Erewhon Health Food Store in Los Angeles, California.On May 18, 1997, Andersen died of an accidental overdose of alcohol and drugs. She was 21 years old. On May 25, 1997, funeral services were held at Malibu United Methodist Church and Andersen's ashes were scattered at Zuma Beach in Malibu, California.