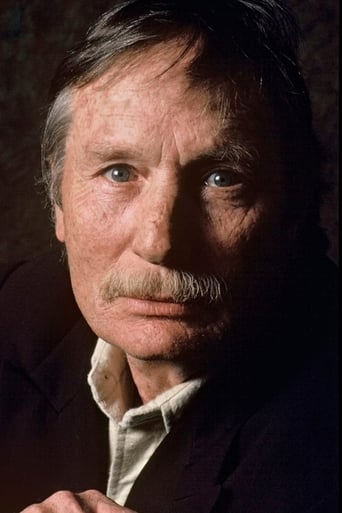 Edward Heward Bunker (December 31, 1933 – July 19, 2005) was an American author of crime fiction, a screenwriter, convicted felon and an actor. He wrote numerous books, some of which have been adapted into films. He wrote the scripts for - and acted in - Straight Time (1978) (adapted from his debut novel No Beast So Fierce), Runaway Train (1985) and Animal Factory (2000) (adapted from his sophomore novel of the same name). He also played a minor role in Reservoir Dogs (1992). He began running away from home when he was five years old, and developed a pattern of criminal behavior, earning his first conviction when he was 14, leading to a cycle of incarceration, parole, re-offending and further jail time. He was convicted of bank robbery, drug dealing, extortion, armed robbery, and forgery. Bunker was released from prison for the last time in 1975, after which he focused on his career as a writer and actor. Description above from the Wikipedia article Edward Bunker, licensed under CC-BY-SA, full list of contributors on Wikipedia.