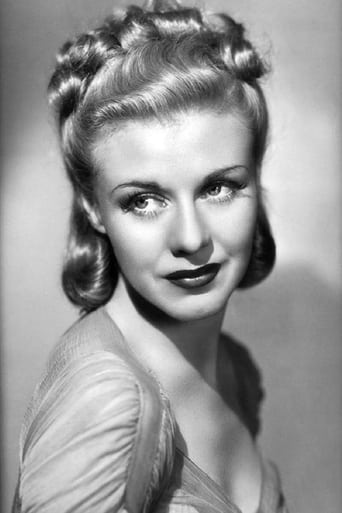 Ginger Rogers (July 16, 1911 – April 25, 1995) was an American actress, dancer, and singer who appeared in film, and on stage, radio, and television throughout much of the twentieth century. During her long career, she made a total of 73 films and is noted for her role as Fred Astaire's partner in a series of ten musical films. She achieved great success in a variety of film roles and won the Academy Award for Best Actress for her performance in Kitty Foyle. After winning a 1925 Charleston dance contest that launched a successful vaudeville career, she gained recognition as a Broadway actress for her stage debut in Girl Crazy. This led to a contract with Paramount Pictures, which ended after five films. Rogers had her first successful film role as a supporting actress in 42nd Street. In the 1930s, Rogers' nine films with Fred Astaire gave RKO Pictures some of its biggest successes, most notably Top Hat and Swing Time. But after two commercial failures with Astaire, she branched out into dramatic and comedy films. Her acting was well received by critics and audiences, and she became one of the biggest box-office draws and highest paid actresses of the 1940s. Her performance in Kitty Foyle won her the Oscar for Best Actress. Rogers' popularity peaked by the end of the decade. She reunited with Astaire in 1949 in the commercially successful The Barkleys of Broadway. After an unsuccessful period in the 1950s, she returned to Broadway in 1965, playing the lead role in Hello, Dolly!. More Broadway roles followed, along with her stage directorial debut in 1985 of an off-Broadway production of Babes in Arms. She also made television acting appearances until 1987. In 1992, Rogers was recognized at the Kennedy Center Honors. She died of a heart attack in 1995, at age 83. Rogers is associated with the phrase "backwards and in high heels", which is attributed to Bob Thaves' Frank and Ernest 1982 cartoon with the caption "Sure he [Astaire] was great, but don't forget that Ginger Rogers did everything he did...backwards and in high heels". This phrase is sometimes incorrectly attributed to Ann Richards, who used it in her keynote address to the 1988 Democratic National Convention. A Republican and a devout Christian Scientist, Rogers married five times with all of them ending in divorce, and having no children. During her long career, Rogers made 73 films, and her musical films with Astaire are credited with revolutionizing the genre. Rogers was a major movie star during the "Golden Age" of Hollywood and is often considered an American icon. She ranks number 14 on the AFI's 100 Years...100 Stars list of female stars of classic American cinema. Her autobiography Ginger: My Story was published in 1991.